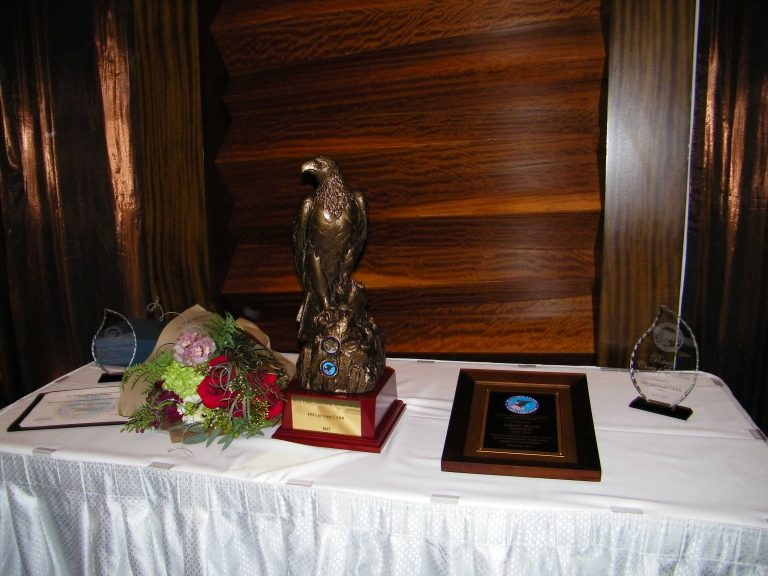 The Jerry Fogel Community Service Award is named after a true American Icon. Jerry Fogel was the first person to hold the office of National President of the FBI National Citizens Academy Alumni Association and also served as the first Executive Director of our Association. He excelled in both capacities and set high standards for all who follow him in these positions. Jerry is a proud member of the Kansas City FBI Citizens Academy Class of 1999. He immediately joined the FBI Kansas City Citizens Academy Alumni Association, where he worked in support of the FBI’s Community Outreach initiatives. He rose to become Chapter President, then went on to become National President in 2005. Later, he became the first National Executive Director of the FBINCAAA.

Twelve years ago (in 2005) Jerry and his small team of volunteers successfully welded together over 40 individual Alumni Association Chapters into the FBI National CAAA and developed the initial community outreach goals for our nationwide organization.

It is in that spirit that the Jerry Fogel Community Service Award was created. Jerry has always believed that FBI Citizens Academy Alumni were the “privileged few,” whom the FBI depends upon to carry their outreach message into America’s communities. He charged our organization then and we charge it now to develop creative ways to support the FBI in our local communities and reach those individuals, who might otherwise fear or mistrust the World’s Premier Law Enforcement Organization.

2016’s competition was intense. There were so many excellent chapters, who performed exceptional service to their respective communities, but there was one chapter’s submittal that stood out – FBI Denver CAAA. Denver’s submittal was really two community outreach initiatives wrapped into one package: Participation in the Cops Fighting Cancer 13th Annual Long Blue Line Toy Drive to provide toys and gifts to young patients at Denver’s Children’s Hospital. This was followed by FBI Denver CAAA’s presentation of snacks and supplies in an Agent/Officer Survival Kit presented to all law enforcement personnel participating in the Long Blue Line March to Children’s Hospital.

This year, we hope the winner will be your chapter. Send us your nomination package (2-4 pages) of what your chapter did from September 2016-to-present (along with any relevant photos) and the Chapter Relations Team will make a decision on which chapter will win this prestigious honor for 2017. We need the nomination packages sent by 18 August 2017.

Send your nomination packages to vpchapterrelations@fbincaaa.org with a copy to executivedirector@fbincaaa.org.